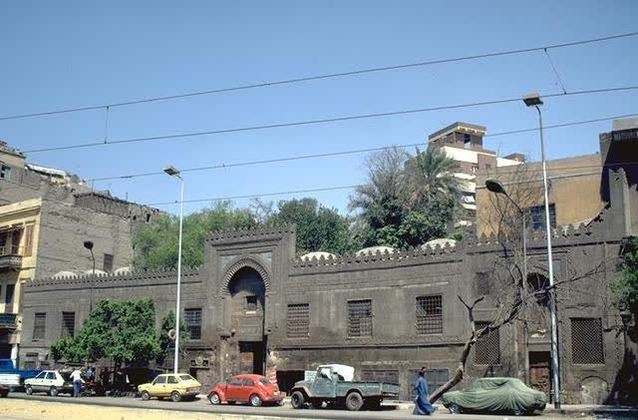 Share
This complex was built by the Ottoman Sultan Mahmud through his agent Bashir Agha Dar al-Sa'ada in 1750. The madrasa has a sabil-kuttab at the corner of the main facade. The madrasa has two exterior facades, one on a major thoroughfare but in former times overlooking the canal (Khalij), and the other on a side street. The two come together to form an L at the exterior corner where the sabil-kuttab juts out. This sabil introduces a new style to Egypt: the curved, or bow-front, sabil, and evidences a new interest in local monuments by Ottoman sultans.

Due to its prominent location, it was chosen to display the symbols of the sultan. The sultan's tughra, or royal cipher, appears over each window. The kuttab surmounting the sabil is given a polygonal form centered above the circular base of the sabil. The combination of the bow-front sabil and the polygonal kuttab was adopted by many foundations in Cairo during the second half of the eighteenth century.

Although there is an elaborate entrance on Sharia al-Habbaniya, with Iznik tiles, interlocking moldings, and engaged columns, the main entrance to the madrasa is now on Sharia Port Said. The facade above the row of little shops is plain except for the leaf-pattern band that runs across it at about midpoint. The portal is given prominence by its height and by the blue-and-white tiles that embellish it. Stairs from the entrance lead up to a courtyard, defined by a shallow domed arcade in which there are cells or rooms. There is a small mosque in the rear. The inscription calls the monument a madrasa, although not many madrasas were built during the Ottoman period. The only other such building was that of Sulayman Pasha, which this one resembles except for the sabil-kuttab. Both resemble in their plans Ottoman madrasas in Turkey. 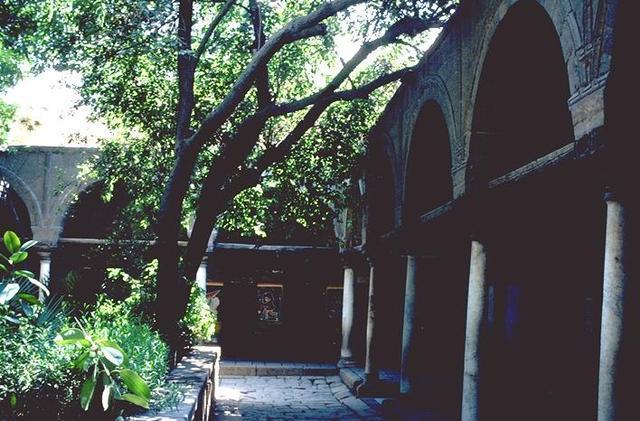