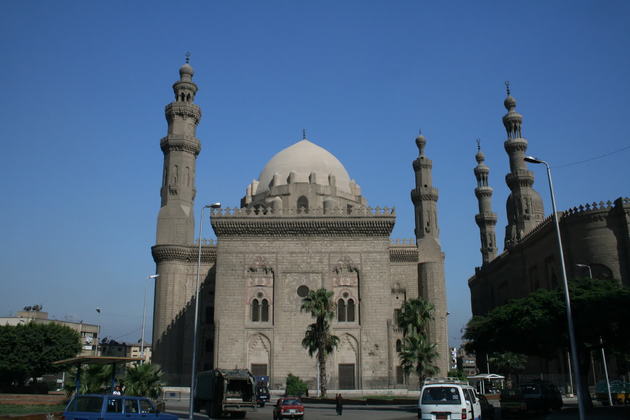 Share
The Complex of Sultan Hasan was built between 1356 and 1363, and included a madrasa, congregational mosque, and mausoleum. The free-standing complex, which had a monumental domed mausoleum flanked by minarets, only one of which survives, is located in a prominent position below the Citadel, toward which the monumental portal is oriented. The muqarnas-hood portal occupies the entire length of the façade. The height of the exterior walls and the arrangement of the windows give the facades a strongly vertical emphasis.

The four iwan arrangement of the madrasas takes up the center of the plan, with an ablutions fountain in the center of the courtyard and the four madrasas accommodated in the corners of the plan. The qibla iwan is significantly larger than the remaining three, which are also monumental in size and scale. Rather than integrating the students' cells into the central space, the cells were arranged along the street facades and their windows comprise an integral part of the architecture of the facades. 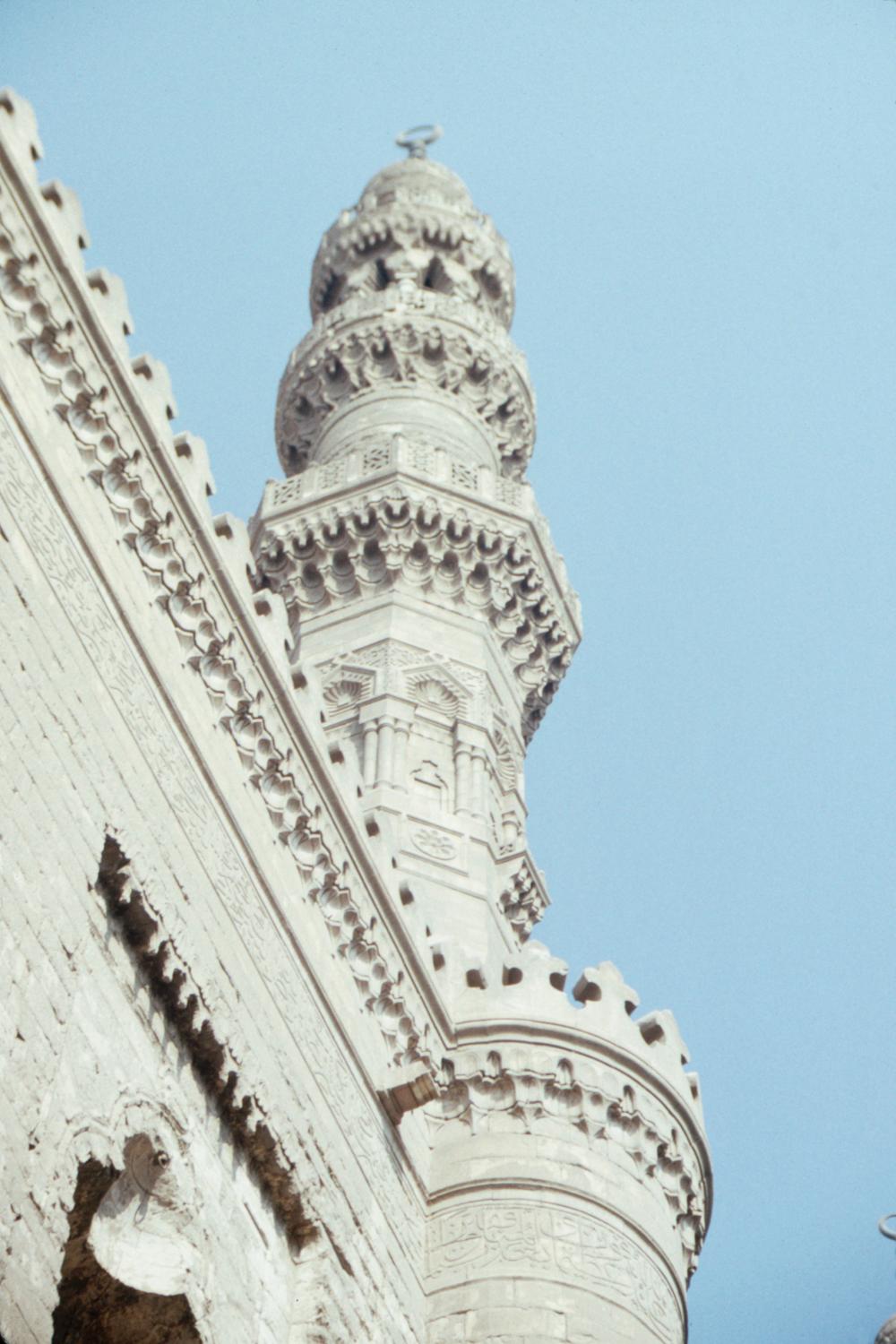