In 1946, Michel Écochard was appointed Director of the Service de l’Urbanisme et de l’Architecture for Morocco with wider-ranging powers. For Casablanca he devised a linear extension plan along the coast that would connect the two poles, the port of Casablanca and Mohammedia, bordered by the creation of the Casablanca-Rabat highway. His plan emphasised the facilitation of modern industrial efficiency, the rationalization of vehicular circulation, zoning to isolate industrial and commercial districts from residential zones, and the provision of mass-produced worker housing.

Through his theory of “habitat for the greatest number”, formulated in 1950, Écochard denounced speculation and its effects (dispersion of habitat, excessive roads, a lack of open spaces, green areas and parking). He led a multidisciplinary study with sociologists (Pierre Mas, André Adam) on the lifestyle of the populations, particularly those in bidonvilles, analysing the needs of families, the social structure and the current built environment. This analysis led to the establishment of housing for the local population that featured a specially designed grid (“la trame Écochard”) of 8m x 8m with a south or east orientation composed of two rooms opening onto a patio, a toilet and a kitchen, that would house 350 people per hectare. The Carrières Centrales district was the first experiment in the application of the 8m x 8m “trame” both horizontally and vertically. The design of the site was entrusted to architect George Candilis, amongst others. In addition to housing, Écochard planned for "neighborhood units" with a school, pedestrian routes, commercial, religious and administrative facilities.

Throughout his tenure from 1946 to 1952, he would be vocal in his opposition to speculators and, while his zoning plans were approved in 1952, he resigned from office that year. Nevertheless his work continued to exert influence on a new generation of post-colonial architects. 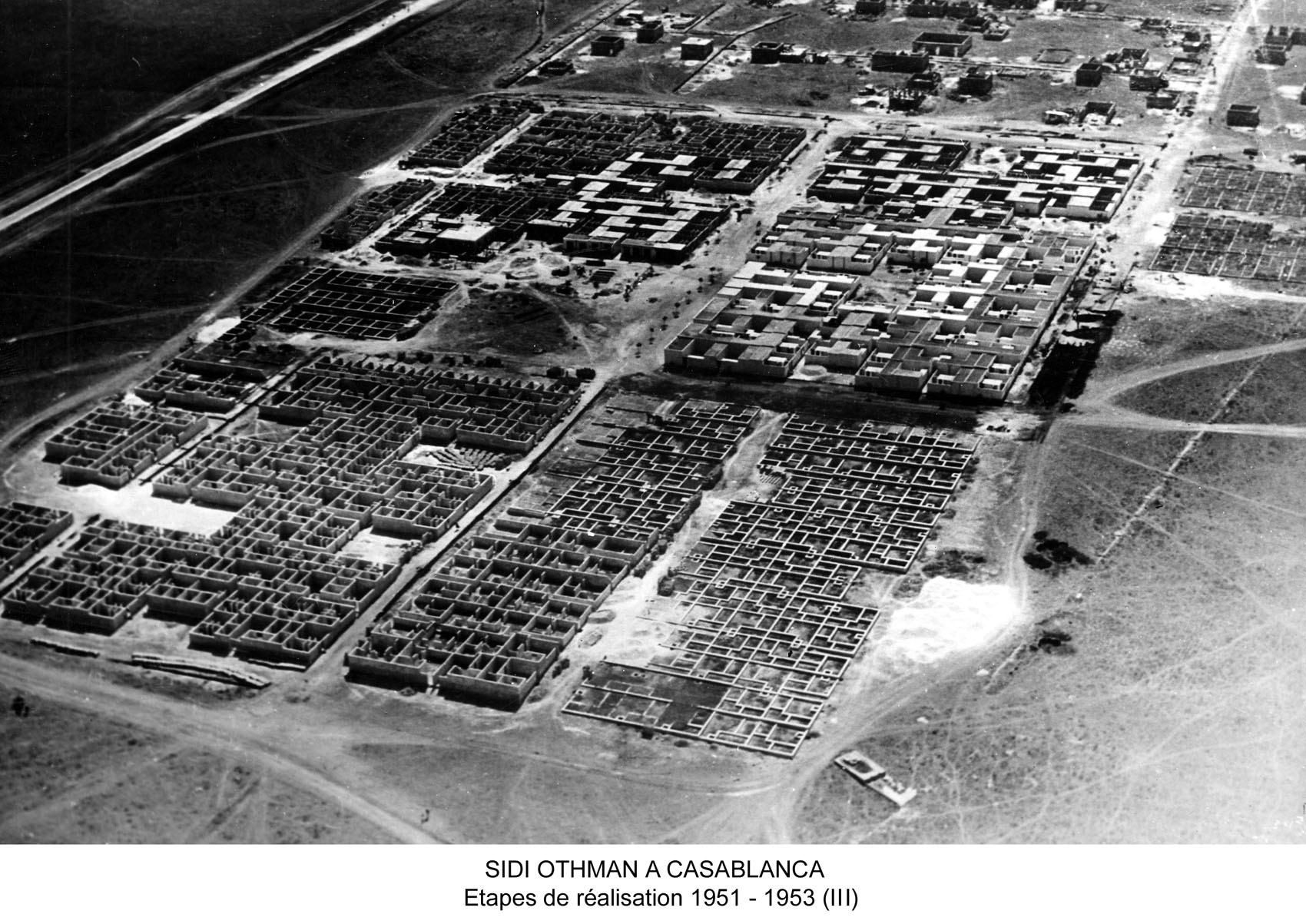