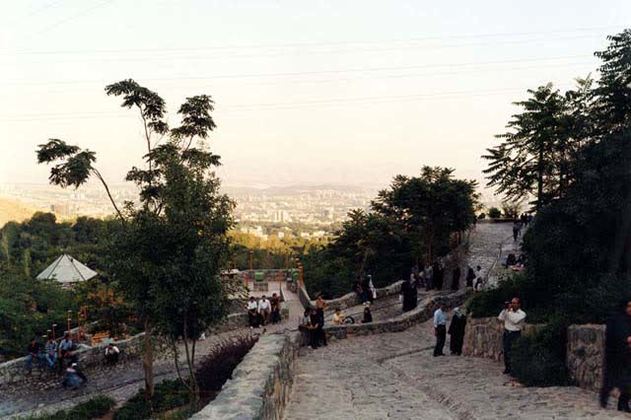 Share
Recipient of the Aga Khan Award for Architecture in 2001.
Part of a range of measures aimed at development of an appropriate interface between the city of Tehran and its natural environs to the north, the Bagh-e-Ferdowsi park demonstrates an innovative approach to both conception and environmental design. The project, together with the adjoining Bagh-e-Sangi Jamshidieh park, which was designed by the same team, is part of a scheme aimed at creating a green interface between urban development and nature, at the base of the Alborz mountains, which now form the northern limits of the city. As well as promoting conservation and awareness of nature, the project serves as an important social focus for young people from the rapidly-developing northern suburbs, while providing them with much-needed space for recreation within the parks, and on the slopes above. Inspired use of the natural topography and features of the steep site, together with intensive planting, has resulted in a design that is in harmony with nature and its surroundings. As such, Bagh-e-Ferdowsi represents a creative re-interpretation of the traditional Persian "paradise" garden, adapted to modern needs.

Bagh-e-Ferdowsi occupies some 30 hectares in the steep Darabad valley in the foothills of the Alborz mountains. The parts of the site that were in private ownership were purchased by Tehran Municipality for its transformation into a park. Apart from the intensive planting that has been introduced, the primary development on the site is a series of stone-paved paths and steps, rising up the slope of the hill, along which areas for sitting, refreshments and entertainment have been created, within the natural topography. Four cultural houses, representing the distinctive architectural and decorative styles of the Azeri, Kurdish, Turkmen and Zagros ethnic groups in Iran, have been built along the route, and provide spaces for refreshment and entertainment.