Architecture and Urban Development of the Deccan Sultanates 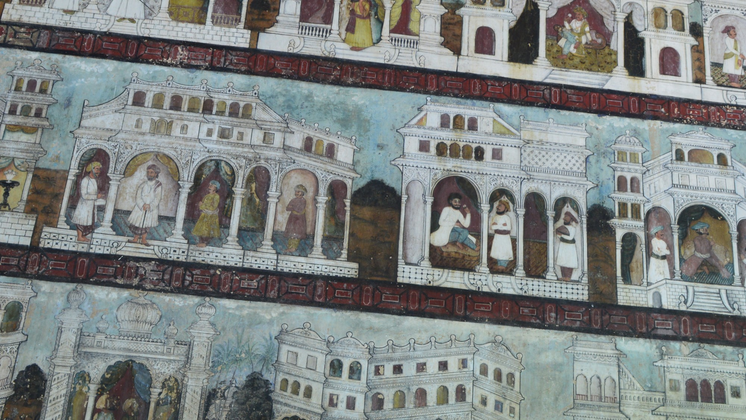 Architecture and Urban Development of the Deccan Sultanates

The architectural and urban contributions of the Deccan Sultanates of India remain relatively unknown, beyond a handful of well-publicised monuments. The Deccan Plateau, lying south of the central Indian mountain range, occupies a significant part of the triangle-shaped peninsular Indian landmass. Islamic cultural and architectural influence extended into the region from the late-thirteenth century CE onwards, which reached its apogee during the rule of the five Deccan Sultanates – Ahmadnagar, Bijapur, Berar, Bidar and Golconda – during the late-fifteenth to the late-seventeenth centuries CE. In an attempt to bring this distinctive late-mediaeval Islamic period architecture into sharper focus, this series of lectures draws on both existing scholarship as well as new research undertaken in Bijapur.

Consisting of eight lectures, the series begins with an overview of the evolution of Indo-Islamic architecture and the manner in which the newly introduced social, cultural, and political ideals and religious beliefs and the existing Indian traditions interacted and shaped the architectural style. The architecture of the Deccan Sultanates is covered in the next three lectures, with special attention given to the fortified city of Bijapur. Fieldwork documentation in the suburbs of Bijapur introduces new material on markets and caravanserais, mosques and madrasas, and mausoleums and cemeteries that once existed there. The lectures also discuss Islamic influence that penetrated beyond the Deccan Plateau deep into South India, complemented by influences introduced through maritime trade links with both Southeast Asia and Arabia into Tamil Nadu (Arcot; Coromandel coast) and Kerala (Kozhikode; Malabar coast). To complete the picture, the lectures finally discuss the syncretic architecture of the riverine island, Srirangapatna, the capital of Mysore during the late-eighteenth century CE rule of Hyder Ali and Tipu Sultan.