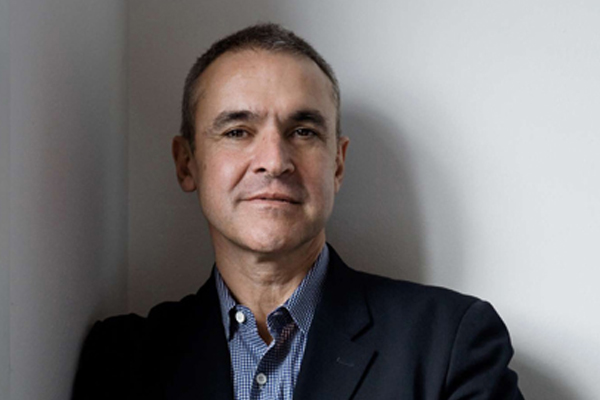 Ali Tayar, who ran a New York-based architecture firm until his death, created some of the world’s most beautiful interiors, layering luxurious details onto standardized, Erector-set-like parts. He completed projects for the likes of USM and Michael Maharam of Maharam; what the two companies had in common, he said, was that they had been doing one thing well for generations. An affinity for high standards—and for those who followed them—pervaded Tayar’s work. Born in Turkey and educated in Europe (and later at the Massachusetts Institute of Technology), Tayar was old-school, a gentleman at home in myriad languages and cultures, with a distaste for anything trendy, flimsy, or ostentatious.

But Tayar was hardly backward-looking. He was fascinated by the idea of mass production, which for much of the 20th century promised to revolutionize design. Though his own projects were one-offs, tailored to the needs of loyal and discerning clients, he focused on standardization, he said, as a way of editing his work. In an era where every “nutty” shape was possible, Tayar said, he searched for and depended on limiting principles.

His projects included a hotel in Bern, Switzerland, and another in Zermatt, where his “kit” of metal and plywood parts formed an extraordinarily luxurious backdrop for another Tayar passion, Danish modern furniture, and a house near Bern with a carbon-fiber living room. “There’s no difference between structure and surface,” Tayar said of how the room was made. “It’s like the hull of a boat.” The room, reduced in size, could have passed through an airport metal detector; Tayar liked challenging himself by thinking up rules, then sticking to them. His approach could be expensive, but it was the opposite of excessive. He was a researcher as much as a designer.

Ellen Levy, a friend and a repeat client, remembers that he was never separated from his sketchbook. “He drew exquisitely,” she says, in a quest to find ways that standardization could give rise to beauty. “On the one hand, he was so rational, wedded to engineering principal. On the other hand, he was so poetic. He thought like an artist. This mix of poetry and rationalism gave his work a great lightness of spirit.”

Born in Istanbul in 1959, Tayar studied architecture at the University of Stuttgart and at MIT. In 1993, he began practicing in New York, where he quickly became known as the designer of homes and commercial spaces (including Pop Burger and Pop Pizza locations) and for the furniture and storage systems he devised for them. His work found its way into shows at the Museum of Modern Art and the Cooper Hewitt Smithsonian Design Museum.

In 2002, he was chosen as one of the Emerging Voices of the Architectural League of New York. He gave a talk about Fritz Haller, the Swiss architect known for factory-made buildings and the beloved USM Haller storage system. Tayar described Haller as an important link between Jean Prouvé (the prewar proponent of mass-produced buildings) and the later “high-tech” architects Richard Rogers, Renzo Piano, and Norman Foster. A USM employee heard the talk, and soon Tayar was on a plane to Switzerland to meet the company’s executives. They hired him to design a line of tables as well as the Omnia hotel in Zermatt. USM’s president also had Tayar design several residences, even fabricating Tayar-designed components in USM factories. The president was, Tayar said, “open to the idea of systems like no client was ever going to be. It was a bit like answered prayers.”

Tayar was philosophical about the gap between what mass production could have achieved (affordable housing for millions) and his one-of-a-kind creations. But he believed the ideas he developed for his clients might someday find wide application. “After architects have made every nutty shape,” he said, “they’re going to want to start to edit.” And when they do, they may take a close look at how Tayar’s ways of editing produced such spectacular results. (Source [accessed 23 May 2017]: http://www.interiordesign.net/articles/11585-ali-tayar-new-york-based-architect-and-designer-dies-at-57/, written by Fred A. Bernstein)