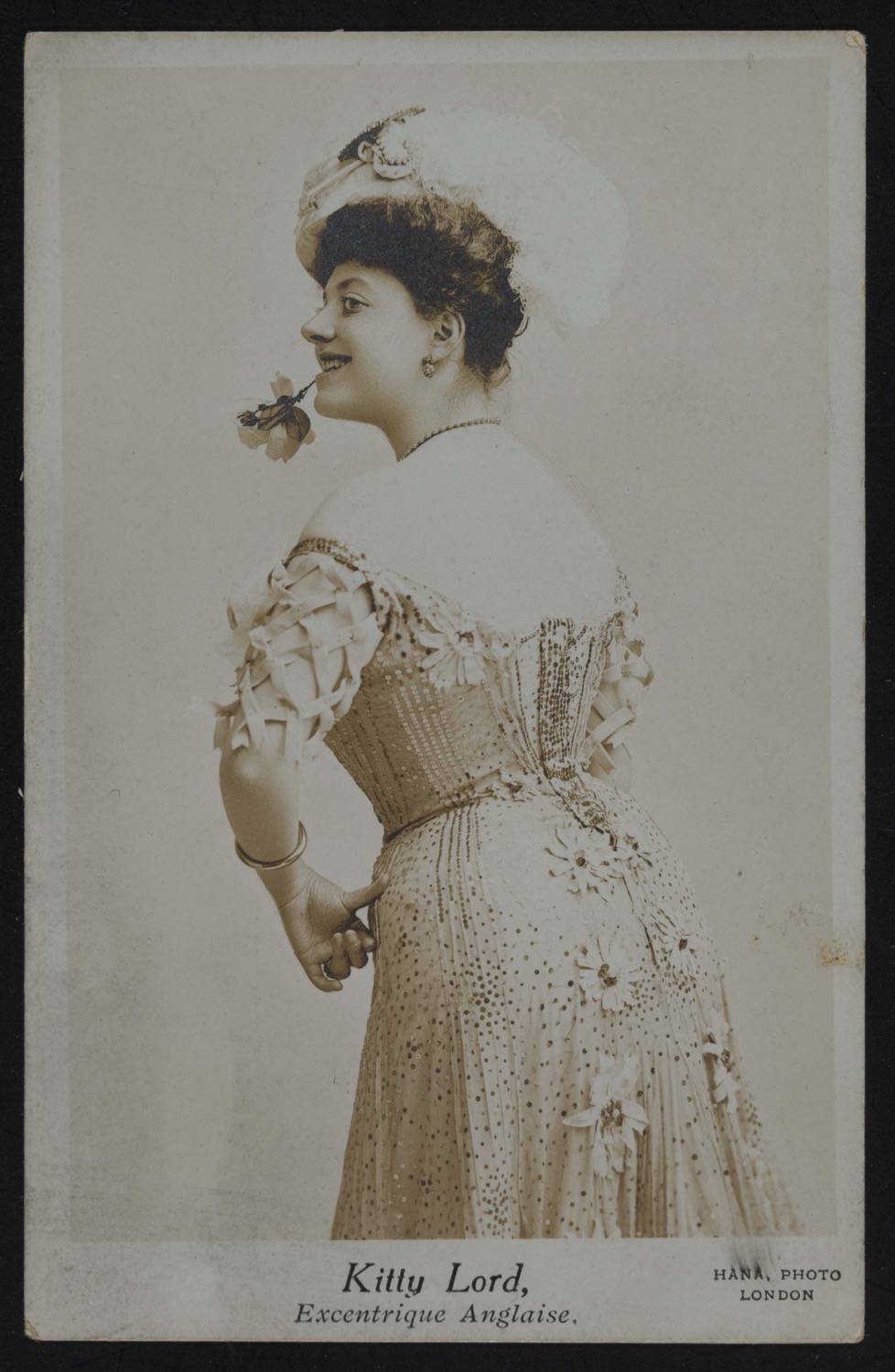 Kitty Lord was an English burlesque artist and singer of variety theater, who performed between 1894-1915. Surviving playbills and letters indicate that she performed at the major London music halls (The Tivoli, The Oxford, The Paragon, and The Hippodrome). Kitty worked alongside other stars like Fred Karno, Ida Barr, Maurice Chevalier and Gladys Cooper. Sources at times (incorrectly) label her as an American Star, but more often she is dubbed an Eccentric Englishwoman and an International Eccentric Star. According to Christopher Breward, eccentric here might refer to the spectacular extravagance of the act and seems to have been a generic term for solo dancers and singers. However, the term could also refer to her as a foreign fascination when performing abroad.

Kitty Lord was a stage name and this performer’s married surname was Parker. While she mainly performed in London and Paris, Kitty also toured the world reaching as far as South America and the Middle East. Due to her extensive experiences abroad, in 1910 she was asked to testify at court regarding the respectability of a theater in Buenos Aires.  Pieces of her theatrical costumes still remain at the Museum of London, including satin stage boots and character shoes.