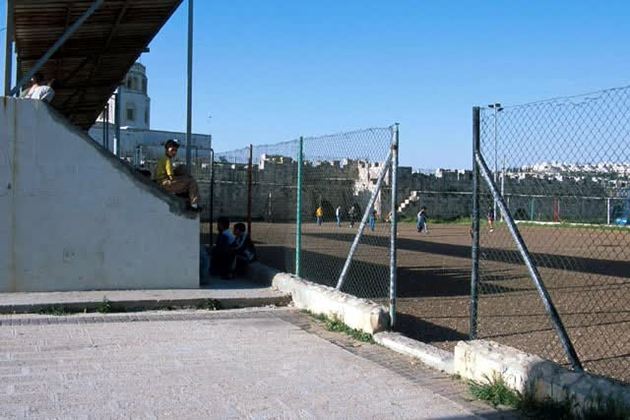 Share
The site is located at the northeast corner of the Old City, in the vicinity of the Laqlaq Tower (Burj al-Laqlaq). The tower, which was built in 1537, is one of the most important Ottoman defensive landmarks located in Jerusalem and stands at the edge of an open area of approximately 8000 square meters dotted with small huts and old stone walls. The site was acquired by Burj al-Laqlaq Community Society from private Palestinian owners to be used for social, educational and recreational activities.

Four phases for the development of this site were completed by the Welfare Association since 1996 including hard and soft landscaping, children's playground and the rehabilitation of small buildings on site to be used as the Society's offices, children's library and museums. Work is now underway to clear the site of a multi-purpose hall that was demolished by the Israeli authorities after its completion. New master plan for site development will be completed March 2000 for future phases.