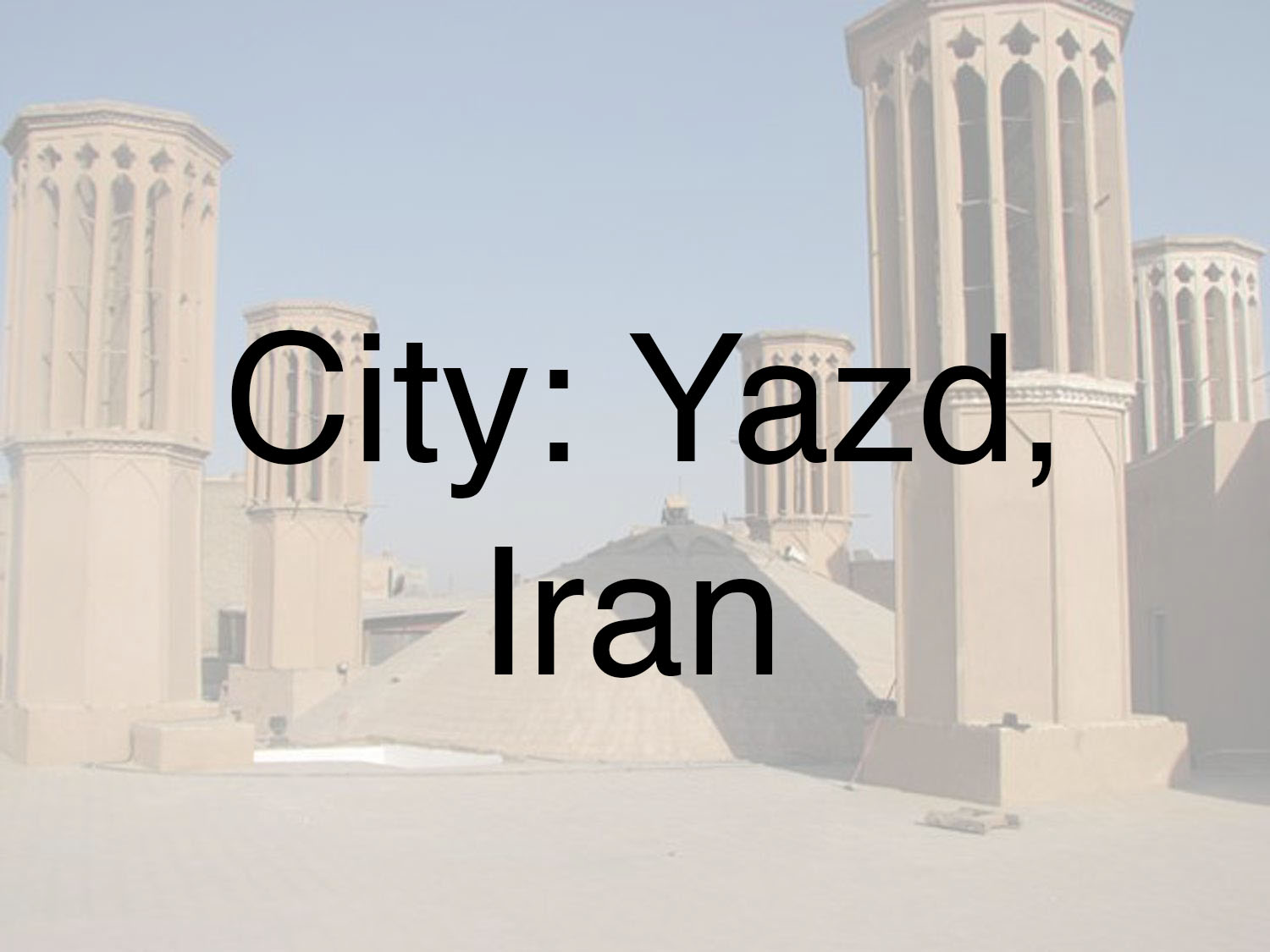 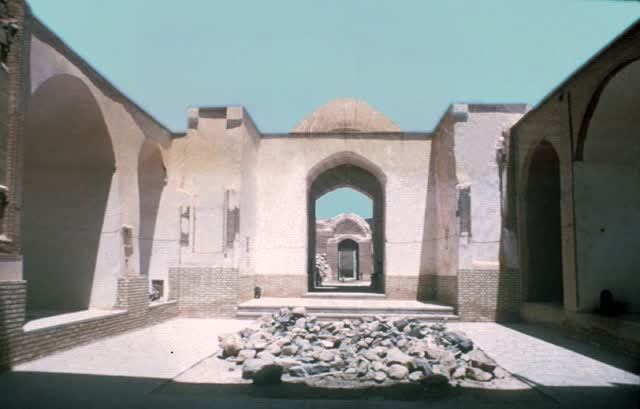 Share
The Shamsiya Madrasa is a funerary madrasa designed and built by order of Amir Shams ad-Din (1329-1330), son of Rukn ad-Din (1277-1295). Built as a madrasa during his lifetime, upon Shams ad-Din's death in 1365, the Shamsiya Madrasa also served as his tomb. Historical records reveal that his wife had ordered his body to be laid to rest there. The date 1365 is inscribed on a marble tombstone that was ordered to be sent along with the body from Tabriz. The completion of the madrasa must have thus taken place sometime prior to 1365, the year of his death.

According to a survey undertaken in the 1970s by Renata Holod-Tretiak, a great portion of the Shamsiya was in ruins, with only the walls of the tomb chamber, the portal iwan, and the walls surrounding the court left standing. Robert Hillenbrand has published a reconstructed plan of the original madrasa, which is made up of a four-iwan courtyard surrounded by rooms, with each lateral side a mirror copy of the other along the axis terminating in the main domed chamber that projects from the perimeter of the madrasa proper.

The madrasa is organized around a small central courtyard 12 meters long by 10.5 meters wide. Although its composition reflects that of a typical four-iwan courtyard madrasa, greater emphasis is placed on the mirroring axis that culminates in the tomb chamber. It is entered from the north through a square chamber which opens onto the courtyard and was flanked by two large halls of equal size, now in ruins. In the courtyard, the portal iwan to the tomb chamber projects higher than the rest of the courtyard perimeter walls, while the lateral walls are articulated as tripartite arcades with the center arch of larger size. The lateral walls of each of the halls were also organized in a similar tripartite composition, with the center niche or arched opening of larger size than either of the flanking niches.

The main sanctuary space is rectangular in shape, measuring 9 meters by 6.5 meters. Wide apses project at the center of each of the sides, with the southeast apse containing the mihrab. These apses are framed with segmental pointed arches whose tympanum is decorated with a pattern of painted leaves. Although the ceiling and dome of the main chamber has not survived, it is believed that a small ornamental dome of plaster kite-shaped panels spanned the ceiling at the center, while four half-domes at each of the four arches reduced the rectangle to a square below it. The portal iwan is 8.8 meters long by 4.6 meters wide with a pointed barrel vault. It contains a gallery along its back wall that is accessed by stairs adjacent to the hall to the southeast, and five panels of pointed arches along each lateral side resembling an arcade. Both the dome chamber and the portal iwan are decorated with painted panels of carved plaster in low relief. Albeit now in ruins, the face of the portal iwan and the surfaces of the courtyard arcades are decorated with mosaic faience.