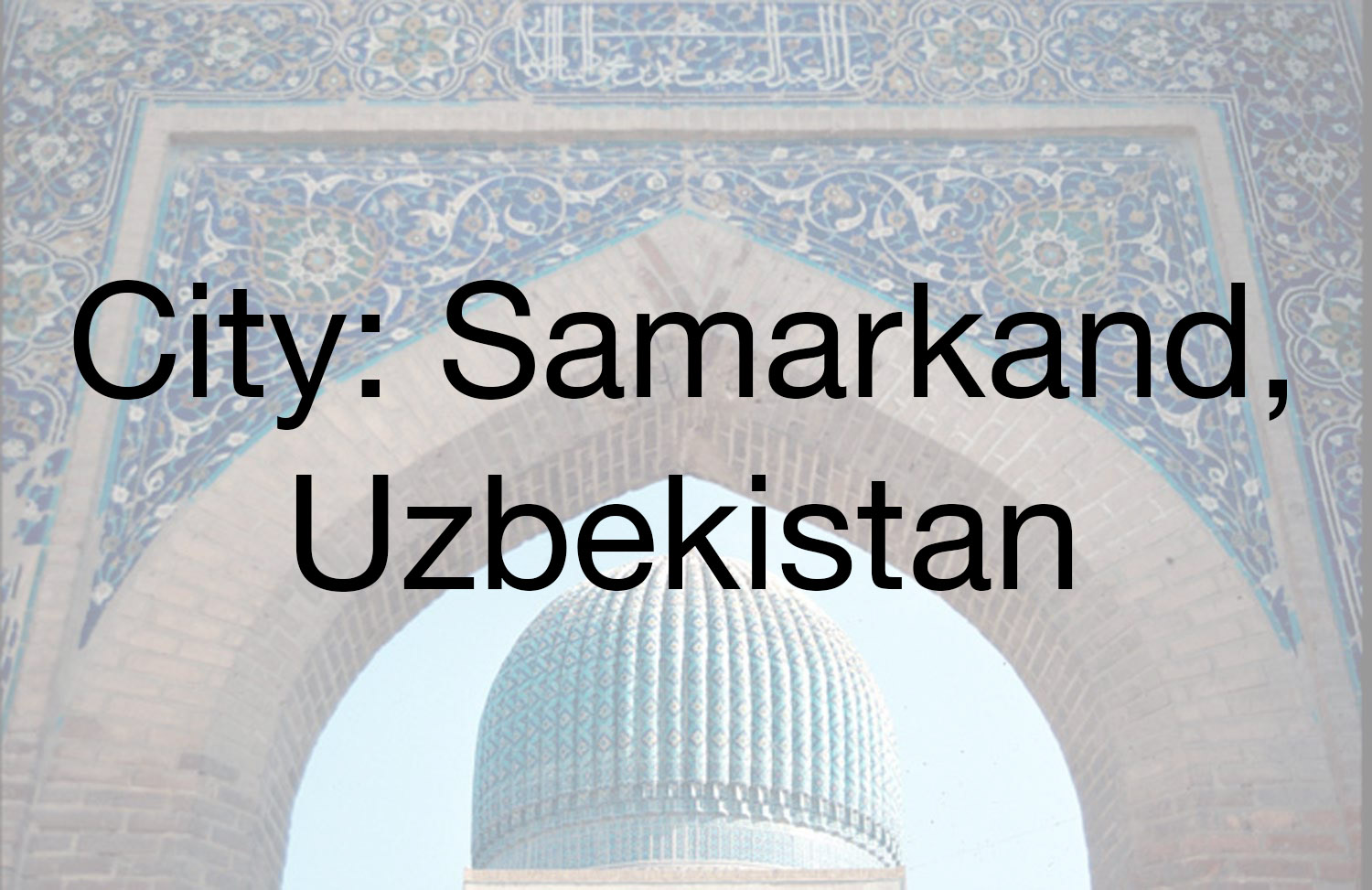 Steele, James. The Significance of Samarkand. In Architecture for a Changing World, edited by James Steele. London: Academy Editions, 1992. 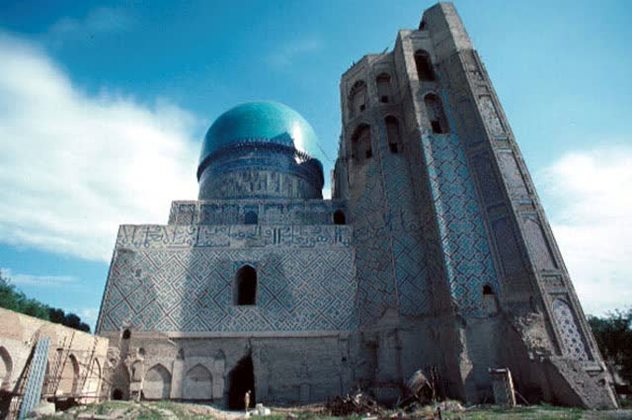 Share
Only four massive fragments and a minaret survive of this enormous mosque commissioned by Timur after a victorious campaign in Hindustan. Located near the Iron Gate, the mosque faced a madrasa, no longer extant, that would later abut the mausoleum constructed for Saray Mulk Khanum, now in a ruinous state. A covered bazaar connected the massive mosque to Registan Square.

The four fragments mark the four central points of the courtyard mosque: on the east-west axis, the monumental entrance portal with minarets, and the immense domed sanctuary with an iwan flanked by minarets; on the north-south axis, two smaller iwans and domed chambers that punctuated the long sides of the courtyard.

A reconstruction has been approximated from the fragments and excavations. The mosque occupied a space 109 by 167 meters, and consisted of an arcade, or riwaq, linking the iwans, four bays deep increasing to nine bays on the western, qibla side. The façade of the interior courtyard included three tiers of riwaq flanking the north and south iwans, and may have stepped down to two tiers elsewhere. Minarets marked each corner of the exterior envelope; the northwest minaret still stands.

The colossal entrance portal protruded from the exterior wall, two minarets projecting out even further from the exterior corners of the pishtaq. Cylindrical shafts sitting on decagonal socles provide the earliest surviving example of minarets flanking a portal that rise from the ground rather than emerging from the top of the iwan. The iwan itself is 19 meters high.

Across the courtyard, the sanctuary iwan is framed by a 30m high pishtaq flanked by minarets, protruding from the façade. The domed sanctuary is square in plan, with arched bays in each wall. The north and south bays lead to the riwaq, the west bay holds the mihrab. The north and south domed chambers are similar, on a smaller scale, the pishtaqs, however, were flush with the courtyard façade. The presence of domed chambers behind the lateral iwans represents an innovation to the traditional four iwan plan.

The three domes are all sphericonical on the interior, resting on octagonal zones of transition. These inner domes are enclosed by exterior cylindrical drums, above which the exterior domes rise with a tall ellipsoidal profile. The inner dome supports vertical flanges that provide structure for the outer dome. The exterior is clad with blue glazed tiles.