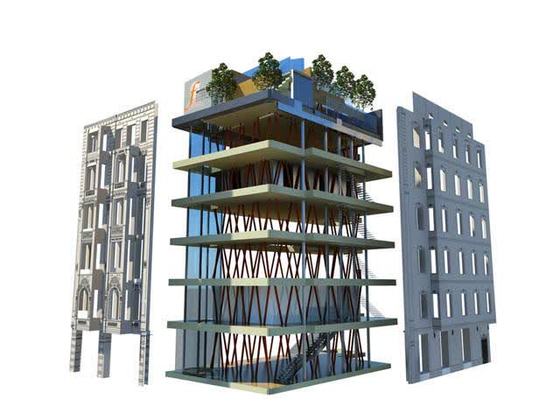 Share
This project has taken a historic building on the famous Istiklal Caddesi and inserted a modern core to provide a multi-purpose cultural centre. The historic shell has been restored, while the contemporary box at its heart comprises a lightweight steel dia-grid frame of V columns supporting open-plan floors, including two storeys of exhibition space, double-height concert halls, rehearsal rooms, a cafe and roof terrace. Many art works are integral to the building, including LEDs illuminating the V columns. While preserving Istanbul’s architectural heritage, the project also aims to symbolise the city’s artistic renaissance in a playful tension between past and present.