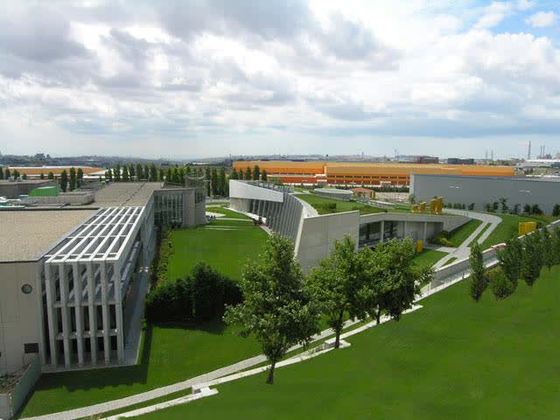 Share
This building aims to provide state-of-the-art pharmaceutical facilities with an emphasis on energy efficiency and sociability. It is dug into its site, with two of the four floors set underground, and a planted roof sloping down to ground level to provide a green recreation area. Facing the company’s existing factory, an inclined glass facade opens up the space between the two buildings while drawing in natural light, supplemented by an elliptical roof-light above a full-height space. Passive thermal mass is combined with high-tech air conditioning using geothermic exchange devices. Besides laboratories, the building includes a canteen, relaxation areas and a conference hall.