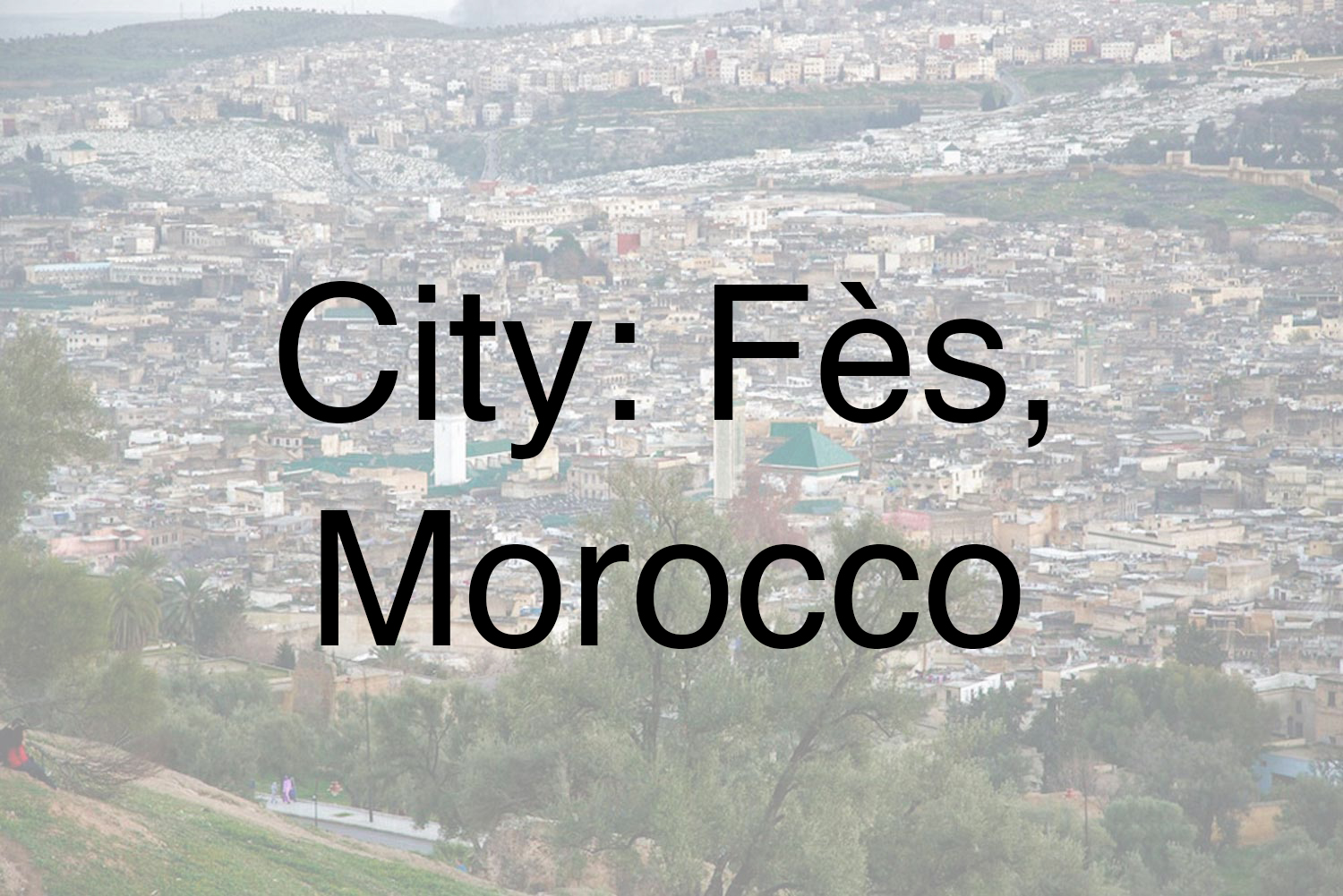 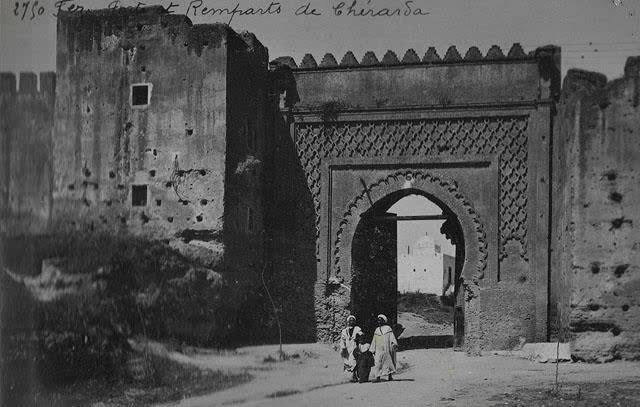 Share
The Qasbah Cherarda, located on the outskirts of Fez al-Bali, was commissioned in the seventeenth century by the Alawi sultan Mawlay Al-Rashid (reg.1664-1672), considered by many to be the founder of the Alawi dynasty. Al-Rachid was a prolific client, and transformed Fez into his capital during the seventeenth century. In addition to the Qasbah Cherarda, he built the Madrasa Cherratine, the bridge of Sebou, and he also initiated a number of restoration projects on extant monuments.

When it was built, the Qasbah was refered to as the Qasbah el-Khmis, or the Thursday fort, because of the Thursday market (Souk el-Khmis) held along the Qasbahs exterior northern and eastern walls. The Qasbah's current name, Qasbah Cherarda, was appropriated from that of a neighboring Qasbah built by the leader (caid) of the Cherarda tribe. The Qasbah was built by the Alawi sultan for the purpose of housing military tribes (guich). Accordingly, from the seventeenth to the nineteenth centuries, the Qasbah became the residence of the Cherarga, the Oudaya, and the Cherarda tribes. The Qasbah was later connected to Fes Jedid in the south through Bab Dekaken, the new Grand Mechouar, Bab Segma, and the Makina.

The siting of the Qasbah was ideal for defensive purposes. It was located along the routes leading from Meknes and Tangiers and overlooked the western gates of Fez al-Bali, notably Bab Mahrouk, as well as the eastern gates of Fez Jedid. It is found east of the Bab Sagma cemetery, north of Fez Jedid and west of Fez al-Bali. Qasbah Cherarda is oriented to the north-west. The 400 x 550 meter rectangular compound is enclosed on all four sides by a crenellated wall. Its fortifications are marked at regular 50-55 meter intervals by square towers, with 6 each on the northern, eastern and western walls and two or three on the southern walls.

The Qasbah is accessed through four entrances, including two original gates to the east and west, a postern (small gateway, sometimes concealed within walled fortifications) along the southern wall and an newer entrance to the east of the north-facing wall. The two original Alawi entrances that give access to the Qasbah from the west (Fez-al Bali) and from the east (the cemetery) are centered and are each flanked by two massive square towers. During the 19th century, the eastern gate was closed off, but has since been re-opened. Under the reign of the Almohad Sultan Mawlay Hassan, a postern was built into the southern wall of the Qasbah to provide access to the new Grand Mechouar of Bab Dekakene and into Fez Jedid, as well as the Makina.

Contemporary aerial photographs of the area indicate that the Bab Dekakene - Qasbah Cherarda path has been severed to allow for vehicular circulation along the exterior of the medina fortifications. However, it is unclear when the path was destroyed. A 1948 text notes that many zigzagging circulation paths had been demolished to make way for vehicular movement, while other accounts from the same period, including maps published in scholarly works, made no reference to these changes. A contemporary addition to the Qasbah is another entrance, located to the east of the northern walls. It is a direct link to the national road situated further north. Accordingly, within the eastern side of the compound, roads are now oriented along the north/south axis.

Historians state that apart from some improvised structures, the interior of the precinct was mostly empty of buildings before the Protectorate period; provisory residences would be set up by the temporary inhabitants. In contrast to its informal organization before the nineteenth century, the compound now contains permanent buildings, mostly rectangular or orthogonal in plan, most of which are are oriented along the east-west axis.

The rampart walls are made of rammed earth, or pisé. The eastern and western portals take the form of horseshoe arched entrances with scalloped decoration around the archway and geometric carved patterns, infilled with mosaic tiles. Loopholes are spaced at regular intervals along rows lining the rampart walls. The towers have eight rows of loopholes. Some of the towers, including the two towers flanking the eastern gate, have two or more windows centrally positioned, while others, such as those flanking the western gate, have no openings besides the loopholes. In addition, the gateway portals are capped with triangular stepped crenellations, while the rest of the rampart, including the towers, have rectangular crenellations.

Since the nineteeth century, circulation requirements and functional changes have altered the Qasbah, both externally and internally. During the twentieth century, the passageway that connected the southern part of the qasbah to the Mechouar and Bab Dekaken was severed to allow vehicules access to the front of the gate. The qasbah thus was cut off from its Almohad link to Fez Jedid, and became a rectangular compound. The Qasbah also no longer functions as a military residence, but instead has been partioned into two distinct uses: its eastern side has been converted into a hospital, Hospital Ibn El Khatib, while the western side is now an annex of the Qarawiyyin University of Fez.