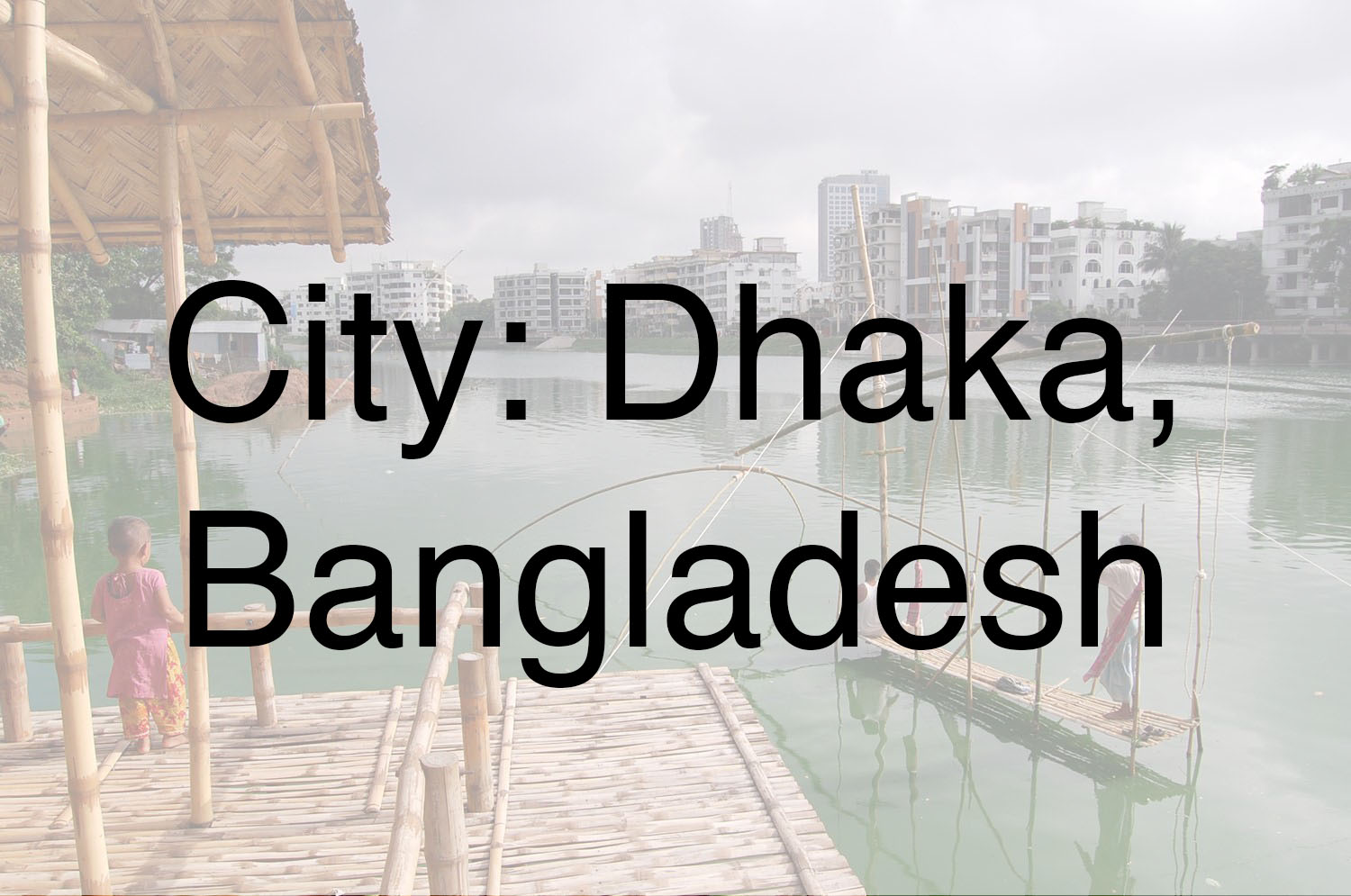 Dhaka is the capital of Bangladesh, located on a channel of the Dhaleswari River.  Though historical records of the time before the Mughal era are quite limited, some scholars argue that the city's origins date back as early as 100 BC when the Bikrampur area was the capital of King Bikramaditya.  The city as it exists now was established during the Mughal conquest, and it rose to prominence during the reign of Emperor Jahangir after Islam Khan Chisti, the Mughal Subadar to Bengal, moved the capital there in 1608.  During this period the city was known as Jahangir Nagar, and the Mughal governors built much of the city's most famous landmarks. To do so they brought many craftsmen to the city.  Artisans tended to settle with others practicing the same crafts.  The Mughals also brought numerous administrative officials and servants to settle in Dhaka.

European industrialists also set up factories there in the latter half of the 17th century, and by 1765 the territory was under English rule.  At the end of British rule in 1947, the city became the capital of East Bengal and subsequently of East Pakistan.  In the Spring of 1971, after many years of unrest, a war for the independence of Bangladesh began.  By December the city became the capital of the newly established People's Republic of Bangladesh. It is now the commercial, industrial, and administrative center of Bangladesh, and has expanded considerably beyond the original nucleus now known as "Old Town."  The newer part of the city center, Ramna, contains government and administrative structures, as well as parks and monuments.  Residential and industrial areas have expanded to the north and west.  A heavy concentration of textile, rope, string, baskets, and boat producers Dhaka and the port city of Narayanganj on the Shitalakshya River, 30 km to the south.

The Dhaka Metropolitan Area has expanded considerably beyond the less than 300 square kilometers of the city itself.  As of 2014, the population of the 1,400 sq. km Metropolitan area was nearly 15 million. A study this area between 1975 and 2003 found that

substantial growth of built-up areas in Greater Dhaka over the study period resulted significant decrease in the area of water bodies, cultivated land, vegetation and wetlands. Urban land expansion has been largely driven by elevation, population growth and economic development. Rapid urban expansion through infilling of low-lying areas and clearing of vegetation resulted in a wide range of environmental impacts, including habitat quality.1 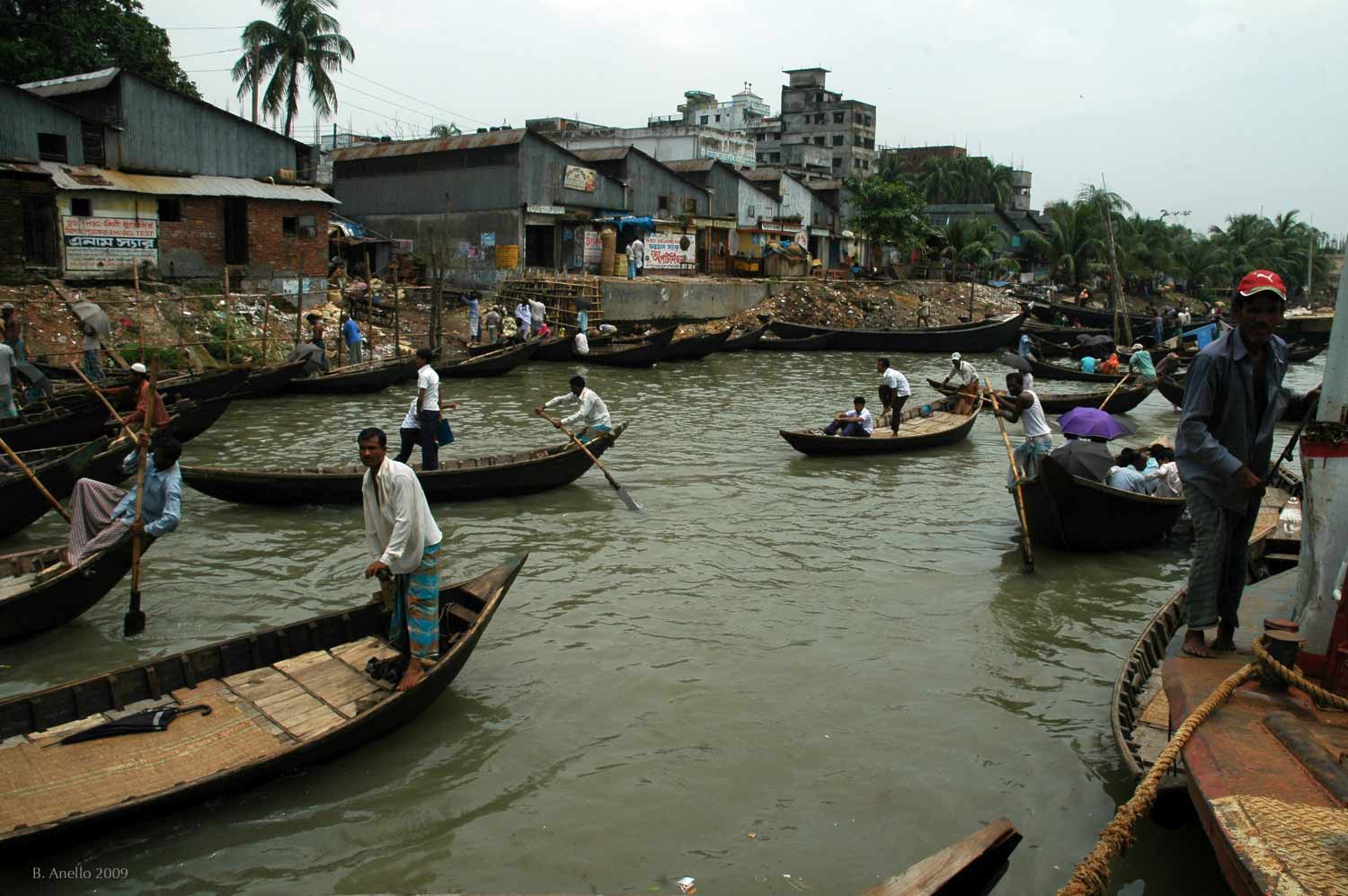