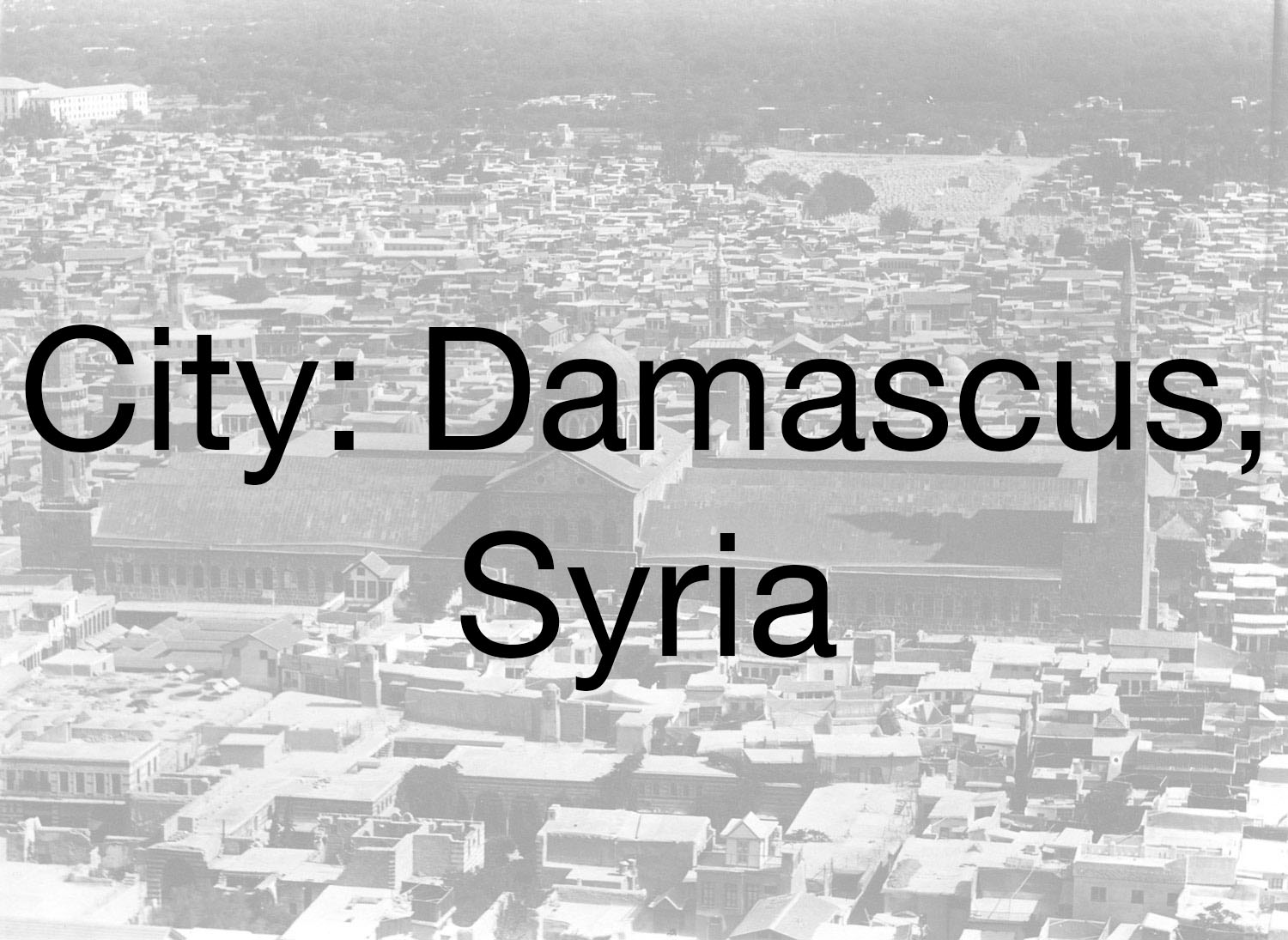 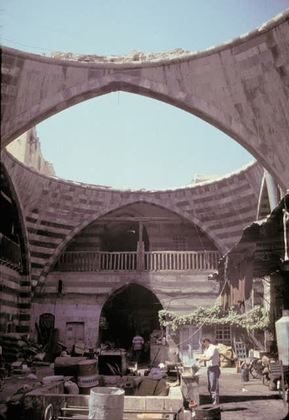 Share
The Sulayman Pasha Khan is located in the walled city of Damascus on the eastern side of al-Mustaqim Street, or The Straight Street, also known as Suq Midhat Pasha. It faces Suq al-Khayyatin and Suq al-Buzuriyya. The khan is popularly known as al-Hamasina because traders from Homs used to rent its shops and warehouses. According to an inscription above the entrance gate, the khan was built during the Ottoman period by Sulayman Pasha al-Azem, the governor of Damascus between 1732 and 1736. The khan lost its intense activity towards the end of the nineteenth century and has since been used as a storage space and as a traditional nut-roastery factory.

The khan is accessed from al-Mustaqim Street through a long corridor that opens onto the interior courtyard. The khan is rectangular in plan and is composed of two levels of rooms overlooking a courtyard that was originally roofed with twin domes. The courtyard is twice as long as it is wide. It is framed by six arches, two along the long sides and one on the short sides, that span the two floors raised on six pillars. These arches used to support the domes, which sat on pendentives.

Shops occupy the lower floor of the khan. They open onto the courtyard with arched doorways and windows, and with round windows located between two archways. The upper floor is composed of individual rooms accessed from a gallery that wraps the courtyard on four sides. The khan is built with alternating courses of limestone and basalt.

Rihawi, Abdul Qader. Arabic Islamic Architecture: Its Characteristics and Traces in Syria, 86. Damascus: Publications of the Ministry of Culture and National Leadership, 1979.

Shihabi, K. The Old Souks of Damascus and Their Historical Monuments, 266. Damascus: Ministry of Culture publications, 1990.