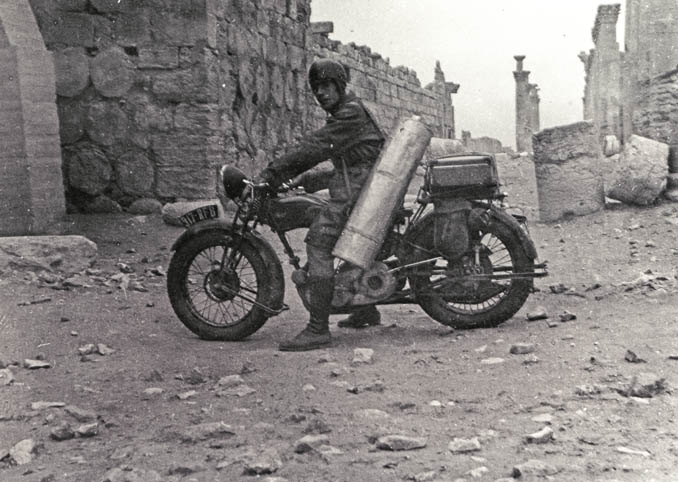 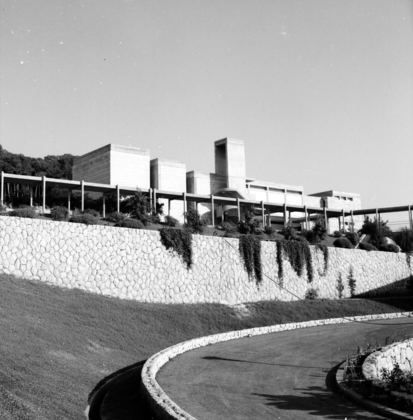 This hospital is located in Baabda, a suburb of Beirut. Michel Écochard joined with the Lebanese architect, Henri Edde, to complete this project, which constituted the beginning of a prosperous decade for him in Lebanon. The project consists of several buildings responding to the traditional functions of a hospital, and including a dispensary, lodgings for personnel and a chapel.

The ensemble is composed of a first five-storey building which is the main façade. Columns break up this facade covered horizontally in windows and separated in the middle by a horizontal element that indicates the service floors. At the rear on higher ground, a four-storey building follows the slope of the land, an used for the dispensary and administration. A separate entry was planned. General services located between the two buildings form a U and offer a clear space and a courtyard. The operating room backing onto the last two buildings has three floors. Land levelling was undertaken to allow two levels of parking. Perpendicular to and at the side of this ensemble, a group of buildings comprises firstly, housing, and , secondly, a chapel in the middle.

The set is built in reinforced concrete. In the treatment of outdoor spaces, there is a reminder of the traditional stone used in architecture in Lebanon. The composition of buildings, circulation areas, the treatment and emphasis on outdoor parking as well as in the choice of materials used, brought together all the elements of modern architecture at the end of that era hospital; nevertheless, the hospital is not as bold as other projects conducted by Michel Écochard in the same period.